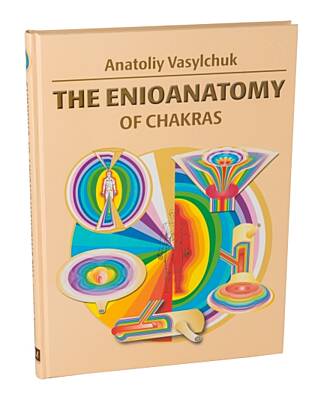 For the most part the enioanatomical information on chakras presented in the book has never been published before. The book for the first time describes in enioanatomical terms petals, chakra cones, chakras, their structural and functional states, dynamic, static, and static-dynamic modes of functioning, and functional activity of fully open, optimally open, semi-open, slightly open, partially open, and closed chakra bases in passive-functional, passive-sustaining, passive-monitoring, and passive-neutral modes. It explains the processes involved in the linear movement, as well as the clockwise and anticlockwise rotation of energy-informational substances above the chakra cone base and the reasons why a chakra cone or a chakra itself cannot rotate. The book then proceeds to present the enioanatomical characteristics exhibited by primary, vital, and function-sustaining chakras, as well as the classification of chakras and their individual cones. Primary chakras are described with reference to their respective enioanatomical standards, hypotrophy, hypertrophy, and a variety of specific features. The present volume describes a range of techniques applicable to effective development of chakras and emphasizes the practical significance a chakra energy-informational base has for one's development, as well as the improvement of one's bodies, attributes, characteristics, abilities, spirituality, PSI faculties, the ability to heal, regenerate, and much more.

The monograph will be especially useful to people who have mastered PSI faculties and PSI-based healing, to professionals in all eniological disciplines engaged in human research, namely enioanatomy, eniophysiology, eniomedicine, eniopsychology, eniopedagogy, enio-spiritual education, training, and development, and to physicians, healers, psychologists, practitioners of psychotronics and parapsychology, spiritual teachers, pedagogues, educators, trainers, theologians, and individuals working towards the development of their subtle bodies, spirituality, and PSI faculties.

The monograph facilitates the teaching and study of new facts regarding primary, vital, and function-sustaining chakras, i.e.:

• the interdependence, balance, and accord of forms, structures, inner architecture, density, and functions between basic, identical, and component chakra cones of each chakra;

• specific chakra cones and their participation in forming the energy-informational basis for the development of particular PSI faculties;

• the way in which the informational content of special vital energy-informational bioplasms of chakra cones constituting vital chakras affects the development of one's organs and organism systems, as well as their functions, functional potential, and viability;

• the structure-functional states and functioning modes of chakra cones constituting function-sustaining chakras vulnerable to and resulting in mutations of organelles and cells.

On the whole, the monograph presents enioanatomical information which is relevant to the universal development of chakras and subtle bodies, to the integration of upbringing, education, development, healing, and regeneration, to the practical implementation of highly spiritual and PSI development, and to the attainment of absolute health, longevity, harmony, and a life free of pain, suffering, and crisis.

• Master of Psychotronics and Biomagnetology

• National healer of the Ukraine

• Master of Sport of the Ukraine

Transport to the Czech Republic and to the Slovak Republic is free of charge. The price for transport to other states is governed by the price list of the Czech Post SOE (Česká pošta, s.p.), and will be announced (notified) before finishing your order. 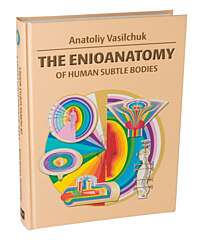 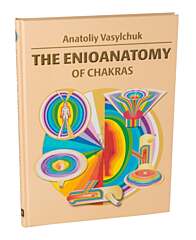 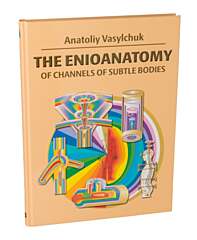